hide
hide
No announcements have been posted yet for Whistler Cup.

The 2021 Whistler Cup has officially been cancelled. Current provincial health orders have made it impossible for us to host the event this year.
We look forward to welcoming everyone back in 2022. We will announce the dates as soon as possible.
Thank you and stay safe.

We know that you are all anxiously awaiting news on the Whistler Cup for 2021. Currently, we are working closely with our partners at Whistler Blackcomb and our local health authorities to determine how to proceed.

We will post our next update in mid-February. We thank you for your patience while we work through all possible scenarios!

“On behalf of the Whistler Cup Organizing Committee and the Whistler Mountain Ski Club we are extremely excited to announce our new Title Sponsor O2E Brands, said Jim McGovern, Chair of the Whistler Cup. “Their major financial contribution to the event will ensure the continued success of one of, if not the largest, youth ski races in the world. “This year, celebrating our 28th anniversary, we will welcome over 400 racers from around the world to compete for the coveted Whistler Cup on the famed Dave Murray National Training Center. This annual event is critical to the development of alpine ski racing in Canada, as every year young Canadian racers witness and race against the best in the world in their age groups.”

“I was incredibly inspired by WMSC’s philosophy of "Developing Champions in Life and Sport,” said Brian Scudamore, Founder & CEO of 1-800-GOT-JUNK and O2E Brands. “As a parent volunteer at last year’s Whistler Cup, I was in awe of the difference that this sport is making in the developing lives of young athletes from around the world. I wanted to be a part of that and so O2E Brands sponsorship (where we make the ordinary business of home services exceptional) was a no brainer.”

The Whistler Cup was created by Max Meier, the parent of a young Whistler ski racer. He and the Whistler Mountain Ski Club Program Director at the time, Joze Sparovec, were inspired to bring an international juvenile ski race to Canada. With the help of the third founder, Jim Yeates, the inaugural Whistler Cup was held in 1993 and has grown in stature and influence. This year’s race celebrates 28 years of successful international ski racing at Whistler Blackcomb.

The Whistler Cup has a long track record of showcasing future stars. Former participants include the USA’s Lindsey Vonn and Mikaela Shiffrin, Slovenia’s Tina Maze, and Austrian champions Anna Veith (Fenninger) and Marcel Hirscher. Many of Canada’s biggest World Cup and Olympic alpine and ski-cross stars have also graced the event over the years, experiencing international competition for the first time on their journey toward success on the world stage.

Brian Scudamore is the serial entrepreneur behind O2E Brands, the umbrella company for 1-800-GOT-JUNK?, WOW 1 DAY PAINTING and Shack Shine. Congratulations to Team Canada on their victory of the Whistler Cup, the first home soil victory since 2013!

Read more about the final day of racing
https://www.piquenewsmagazine.com/whistler/canada-captures-whistler-cup/Content?oid=13699590 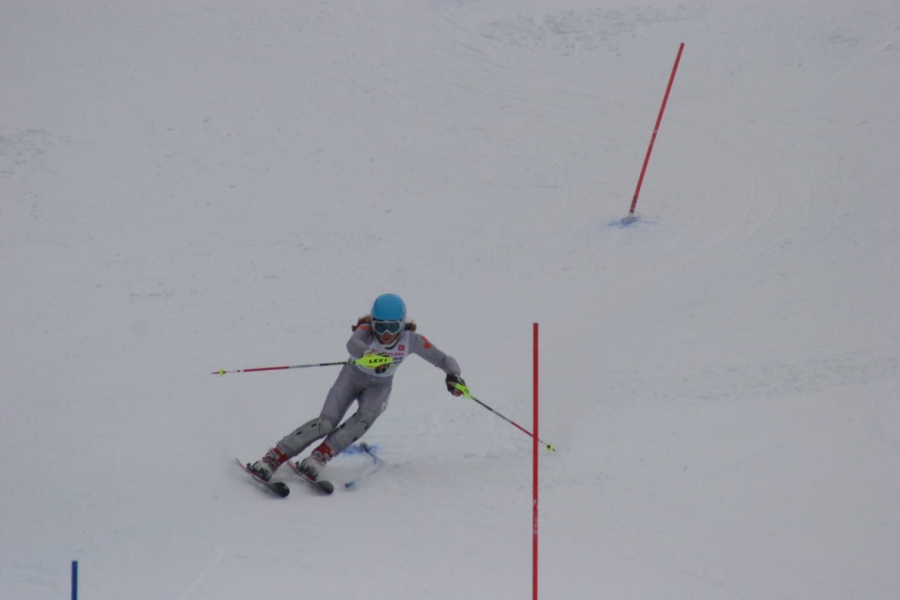 Entering 2020 as the new owner of Ski Racing Media, I wanted to re-introduce the tradition of the Black Diamond column under a new name – Fall Line. Gary Black Jr., the long time owner and CEO of Ski Racing used his column to discuss matters of importance to the ski racing community. I will regularly write in this format, especially about my passion for the development of North American ski racing and for its success on the world’s stage. In that regard, I believe it is appropriate to write about the current poster athlete in North America. Her method and path to the top can be used an example for all.

﻿Mikaela Shiffrin, is arguably the finest young ski racer the sport has seen and if we fast-forward at even half of her historical win rate, she is destined to be the GOAT. Even more importantly, she is an amazing role model for the up and coming youth of our sport.

One of the things I realized early on was that Eileen Shiffrin, Mikalea’s mother, was born to coach. I have a unique view into this as our families have been very close friends since “Miki” was tying my son Alex’s shoes for recess in pre school. Eileen and I raced masters together before Alex and Mikaela first strapped on the plastic. Eileen was an extremely proficient masters racer and I was a beginner. One of the first days I came out for training, Eileen noticed this, pulled me aside and said “Do you have any idea what you are doing? You are going to kill yourself. Let me show you the ropes.”

As many close to the sport know, Eileen and Mikaela’s father, Jeff, have been highly involved in her development as an athlete from a very young age. It has been one of the secrets to Mikaela’s success. She didn’t come out of the womb with skis on making perfect turns, she learned to ski properly very young.

Alex and Dan Leever with Mikaela Shiffrin during her first season of racing. Jeff and Taylor Shiffrin are pictured in the background. Photo courtesy Dan Leever
Miki rarely had a non-directed run. My first recollections of skiing with the kids was Taylor, Miki’s older brother, leading and Miki following, with Jeff yelling, “Knees to skis!” – the code for getting forward. In kindergarten at Vail Mountain School in Vail, the whole school skied on Fridays. On the first day of ski-Friday they had all the kindergarteners ski down the bunny slope one at a time. A ski instructor then placed each child in groups one to three. Miki came down last executing perfect pole plants for every turn. The instructor said, “we have no group for you.”

There is a term in the science of expertise called Deliberate Practice. It espouses that only by practicing in a purposeful and systematic way will one develop true world-class expertise. Deliberate Practice involves executing a skill that is a moderate challenge, slightly outside your comfort zone, with regular feedback. As we achieve the progression, we move the goal post modestly, and do it again. Practicing the same technique over and over is why we are all not Formula 1 drivers, even though we have thousands of hours behind the wheel of a car.

Mikaela has embraced this improvement methodology her entire life. It’s not just the amount of practice, it’s how you practice.

This brings me to Mikalea’s second secret. Jeff and Eileen dedicated their entire adult skiing lives to help their kids progress. Gone was the masters racing, and most of the recreational free skiing. Eileen and I went to Ski Club Vail when the kids were six and formed a special six year old group because there was no group that young then. Eileen was the coach and I was the drag man, following the kids down helping them on the lift or picking them up when they fell. Five of six of those six year olds made their Junior or Senior World Championship team (one in freestyle, one in adaptive). When there was a race on powder days, we didn’t go free skiing, we manned a rake or slipped the course. The kids noticed.

The third secret is process and culture. The Shiffrin’s never talked about results. It was always about the skiing. It was never about winning, it was about improving and everyone lived and breathed ski racing. The Shiffrins went on vacation in the summer to ski in Europe, starting when Miki was 8 years old; the whole family. When our families got together we always talked about ski racing. We were all obsessed with the sport. How can you not get bitten by the ski bug when you are raised in that environment? How about video? I guarantee you there has never been anyone who has watched more World Cup videos than the Shiffrins. Programming your subconscious mind can occur with vividly imagined images, just as it can with real practice. Watching video extended Mikaela’s training days and years.

Shiffrin racing as a U14 at the Whistler Cup. Photo courtesy Dan Leever
Eileen has been involved in Mikaela’s technical progression her entire life. Mikaela would train with her coach and then she and Eileen would spend the evening reviewing video, ensuring a consistent language and progression discussion. That type of parental involvement is not for everyone. Some athletes prefer to forge their own way. There is no correct way. However, we should certainly not suggest there is anything wrong with this approach. It has created many world-class athletes. The journey to world-class requires an amazing amount of commitment and a high cost from families. The best way to bring parents along in the journey is to involve them. The Shiffrin’s are poster examples. As Eileen was coaching Mikaela, Jeff has always served as the manager, organizing all the complex details of the journey. It’s a family affair.

Leever Partners published a ski progression document. It was titled “There Are No Losers In Ski Racing”. We will be publishing excerpts in Ski Racing over the next year. The reason for the title and why it relates to Mikaela’s journey is our research, which included interviews with our sport’s thought leaders, surveys of World Cup athletes, and a statistical deep dive, revealed two primary conclusions.

The first, and hence the title, is that we found that virtually no one had regrets about their journey, regardless of where their journey ended. Fundamentally, and critically important, we found that the journey of ski racing was inherently rewarding for virtually every participant. Over and over again, folks told us of readjusting goals from Olympics, to US Ski Team, to NCAA, to USCSA, to club and masters racing. We heard zero stories of regrets. Cool.

The second major finding of the study was if your goal is World Cup, it takes a huge commitment, often from the entire family. It generally requires starting very young, and sustaining extremely heavy, high-quality, training for many years. Mikaela is not a freak of nature, she is a product of this methodology.

It is not widely known, but Mikaela raced little growing up. The Shiffrin emphasis was always on skill acquisition. Race-chasing, where athletes travel all over the world to race is counter-productive. An out-of-body result as a youth, has little correlation to ultimate success. On the contrary, save the money, develop world class fundamentals, and results will automatically come without ANY race-chasing. The “arms race” of cost in ski racing, especially travel, is counter productive because of the wear and tear on your body and lack of time for quality training. In the US we have good success at younger ages internationally, but we struggle as our athletes mature. This is because results on easy hills, on a relatively easy surface, do not translate to the skills necessary to succeed when you get to the World Cup level. In the US we need to be much tougher in hill preparation, building terrain, introducing tougher, age appropriate, surface preparation, and course sets. Then, we need to practice deliberately-a lot! If we do, we will end up like the Austrians, Norwegians, Italians, and French with multiple athletes in the second run of World Cups. Mikaela’s model is a model we can all follow. The choice is ours.